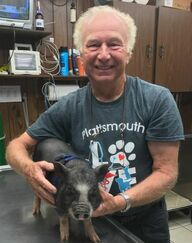 Charles Stoehr, DVM Veterinarian
​Dr. Charlie Stoehr is the senior veterinarian on staff. Plattsmouth is his home town, and he was raised on a farm on the Platte River, and educated in Plattsmouth Community Schools. After securing his BS and DVM degrees from Kansas State University in 1966, he returned to Plattsmouth and established the Plattsmouth Veterinary Clinic P.C.(now named the Plattsmouth Animal Hospital P. C.) in downtown Plattsmouth. The hospital has been at its present location since 1973. While at Kansas State University, Dr. Stoehr was a member of Alpha Gamma Rho Fraternity, Alpha Zeta and Blue Key Honoraries. He was a Captain in the Air Force Reserve and currently is a member of Rotary International, and the Nebraska and American Veterinary Associations. He and his wife Beverly are the parents of three grown children, Dawn, Scott, and Robin.   Dr. Stoehr has a special interest in small animal surgery, orthopedic surgery, and feline medicine. He enjoys tennis, travel, skiing, biking, hiking and caring for their Beagles “Marcie” & "Lumpie". 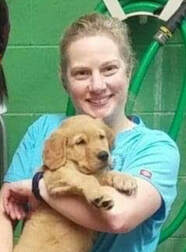 Robin Hill, DVM Veterinarian
Dr. Robin is a Plattsmouth native and graduated from the Plattsmouth Community School system. She attended Kansas State University and received her BS in 1998, followed by her DVM in 2003. She joined the Plattsmouth Animal Hospital staff following graduation in the summer of 2003, Dr. Robin has special interests in small animal dermatology, internal medicine and surgery.

Dr. Robin, her husband Charles, and their three sons Langston, Ezekiel, and Alexander live in Plattsmouth with their Border Collie Mix, "Bob".  Dr. Robin enjoys spending time with her family, sports, exercising, entertaining, and her book club.  She is a member of Rotary International, and P.E.O - Chapter F. and enjoys working with the young people in the community schools to heighten their interest in all aspects of veterinary medicine and becoming veterinarians. 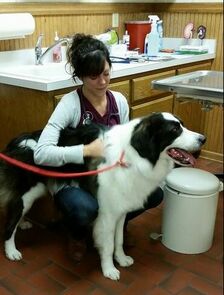 Dr. Nicole Davis-Plucker, DVM Veterinarian
Dr. Nicole Plucker grew up on a farm in Parker, South Dakota and joined the Plattsmouth Animal Hospital staff in June of 2014. She is a 2010 graduate of South Dakota State University, where she ran cross country and track. Dr. Plucker completed her DVM degree at Iowa State University in the Spring of 2014, and also spent some time studying abroad, in Australia, while pursuing her doctorate.
Dr. Plucker's professional interests include small animal surgery and internal medicine. Outside of work, she and her husband enjoy running (including two marathons), swimming, reading, and exploring Plattsmouth, Omaha, and the surrounding areas. And spending time with their cats, June Bug and Calvert.

Dr. Steph Peetz, DVM Veterinarian
​Dr. Stephanie Peetz grew up on an acreage near Glenwood, Iowa and joined the Plattsmouth Animal Hospital team in June of 2015. She is a 2011 honors graduate of Iowa State University, where she graduated with a Bachelor’s degree in Animal Science. Dr. Peetz completed her DVM and graduated with honors from Iowa State University again in the spring of 2015. Dr. Peetz enjoys all aspects of veterinary medicine including small animal surgery, internal medicine, dermatology, and ophthalmology. Dr. Peetz’s interests outside of work include horseback riding, participating in sprint triathlons, and spending time with her family, which includes her husband Ryan, two cats (Winston and Icky), a Labrador Retriever (Ripley), and her two horses (Scout and Bean). 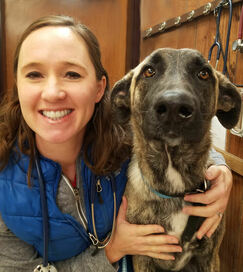 Dr. Alicia Koopman-Schmidt, DVM Veterinarian
​Dr. Koopman grew up in small town Scribner, Nebraska and graduated with Bachelor’s degree in Animal Science from University of Nebraska--Lincoln in 2011.  She completed her DVM from Iowa State University Spring 2015 and worked for 3 years as a mixed animal practitioner in southwest Minnesota.  In the Spring of 2018, she moved back to Nebraska and joined the Plattsmouth Animal Hospital team.

Her veterinary interests include: All aspects of veterinary medicine, specifically canine sports medicine and small animal soft tissue surgery.  Outside of the hospital, she enjoys sports, wake-boarding, snowboarding, and being outside with her husband Scott, sons Nolan & Eyan, and their beloved Golden Retriever- Finn. 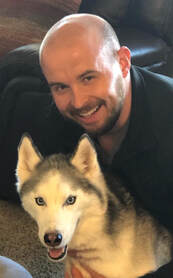 Dr. Adam Ernest, DVM Veterinarian
Dr. Adam Ernest grew up in Aurora, Colorado and joined the Plattsmouth Animal Hospital team in April of 2020. He received his Bachelor of Science in Biology and graduated with honors from Creighton University in 2008. Dr. Ernest received his DVM from Kansas State University in 2012. Dr. Ernest worked as a small animal practitioner in northeast Alabama for seven years before returning to Nebraska to be closer to his family. Dr. Ernest enjoys all aspects of veterinary medicine. His professional interests include dentistry, internal medicine, and surgery.
Outside of work, Dr. Ernest enjoys fishing, water skiing, ice hockey, snow skiing and spending time with his family, including Bo, his Siberian Husky and his six awesome nephews. Dr. Ernest is an active member of his church and enjoys spending time exploring the outdoors and the surrounding Plattsmouth community. 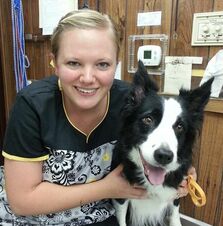 Lisa Sundermann, LVT  Licensed Veterinary Technician
Lisa grew up in Red Oak, Iowa and attended Iowa Western Community College, where she graduated with a degree in Veterinary Technology in 2010.  She joined the Plattsmouth Animal Hospital team in October of 2010.  Lisa's favorite part of being an LVT is helping patients with oral health care, and preventative care.  Outside of work, she enjoys spending time with her husband, Ryan, and their three children.  She is also a fan of gardening, horses, and trying out new recipes.  She and her husband have a small herd of livestock that also keep them busy, along with their dogs, Duke & Elly.
​
The Plattsmouth Animal Hospital also has many Veterinary Assistants, Kennel Technicians, and Receptionists ready to meet the needs of you and your pets.  We love our patients!